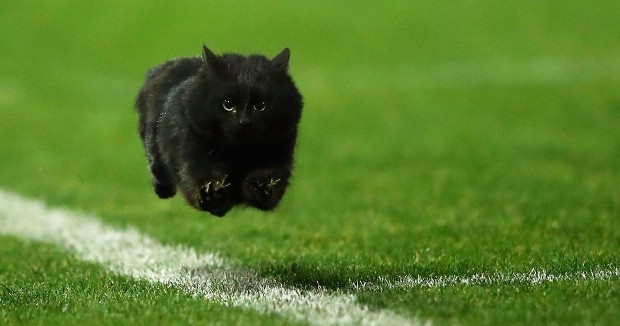 At the Penrith Panthers and the Cronulla Sharks rugby game in Australia, an unexpected player suddenly appeared on the field. He wasn’t looking to steal the ball or score any points, but he certainly stole the show.

The unexpected player was a black cat that suddenly darted down the sidelines and across the field as if its life depended on it.

Yep, it’s a black cat on the field at a @PenrithPanthers game…; #NRL #NRLPanthersSharks pic.twitter.com/IaiaSENiFr

“Am I imagining…;There it is,” the announcer yells as all attention is turned toward the cat. “It might be a miniature panther!”

That cat ended up serving as an odd omen for the game as the Panthers lost 26-10, according to Mashable.

However, its fame didn’t fade with the game. The little guy now has its own Twitter account under the handle “Pepper Stadium Cat.”

@NRL look at the speed on me

Watch This Cat Take Over a Rugby Field