This list looks at some of the best comedy songs released in Britain in the last 50 years. Since the renaissance period, man has used music as a form of comedy and the modern times are no exception. Here are the top 10 British Comedy Songs.

1. The Fastest Milkman in the West – Benny Hill

This song reached number 1 and stayed there for 4 weeks. It is typical Benny Hill.

See the “Funniest Man on Television” over and over again with Benny Hill: The Complete Megaset at Amazon.com!

Alexei Sayle is famous for the anarchic comedy the Young Ones, but deserves a lot of recognition for this track. It shows just how alternative the charts could be in the early eighties in England.

3. With My Little Stick of Blackpool Rock – George Formby

George Formby was a pioneer of early comedy songs and famous for his double entendres. His songs may seem a little tame nowadays, but the BBC banned his tune Cleaning Windows for being too suggestive. Strangely With My Stick of Blackpool Rock is far worse.

4. Every Sperm is Sacred – Monty Python

There were many Monty Python songs, but this is one of the funniest. Many religious people were not overly impressed.

Watch every hilarious moment in Monty Python’s The Meaning of Life at Amazon.com!

“Skin…; your-…; self alive;
?Learn to speak Arapho;
?Climb inside a dog
?And behead an Eskimo!
?Eat a Renault 4;
?Wear salami in your ears;
?Casserole your Gran;
?Disembowel yourself with spears!”


Released in 1986 and hitting number 1, this is another example of how alternative the UK charts were in the eighties. Spitting Image was a deeply satirical TV show using vile looking puppets to parody celebrities and politicians. The Chicken Song is a spoof of catchy novelty songs and the bizarre chorus stays in your head for days.

The hilarious Goons Show in the fifties was where Peter Sellers and Spike Milligan made their name. This song is a good example of their surrealist humor.

Graham Fellows is an underrated comic, mostly because his humor is so subtle. Like his other creation, John Shuttleworth, Jilted John is funnier the more you watch it. Jilted John is a rare example of someone daring to parody punk in the seventies. And he was young too.

8. Do the Funky Gibbon – The Goodies

This song is so stupid that you really do not want to find it funny, but unfortunately you cannot help but laugh along to their good-natured antics. The Goodies released a few songs into the charts including A Man’s Best Friend is a Duck.

An Interesting band that included poet Richard McGough and Paul Mc Cartney’s brother Michael. The song begins relatively straight, but deteriorates into something quite bizarre. It stayed at number 1 for four weeks in 1968.

Billy Connelly based this on a song by Tammy Wynette about two people who spell out the word divorce when they want to discuss it in front of their child. Billy Connelly replaces the child with a dog. 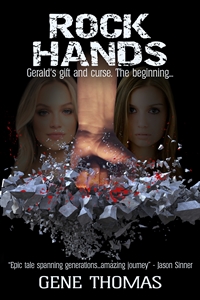